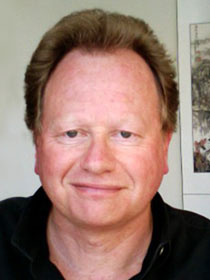 My research program is on innate immunity with an emphasis on the role of neutrophils as immune regulatory cells in host defense. Specifically, my lab examines the immune response to parasitic, bacterial and fungal pathogens that cause blinding infections of the cornea (keratitis).

My lab identified neutrophil mediators that control infections caused by Aspergillus fumigatus, Pseudomonas aeruginosa or Streptococcus pneumoniae, which include reactive oxygen species, iron and zinc chelators that compete with pathogens for essential metals and nutrients, and a role for neutrophil extracellular traps (NETs). Collaborative projects have also enabled us to identify virulence factors of Aspergillus and Fusarium species that cause keratitis, and to identify the role and mechanism of action of the P. aeruginosa Type III secretion system in corneal infections.

We have also characterized the role of neutrophils as immunoregulatory cells, including the highly pro-inflammatory cytokine IL-1 beta. We reported that neutrophils are not only an important source of IL-1 beta in response to infection with these pathogenic fungi and bacteria, but also that neutrophils have a functional NLRP3 inflammasome that is essential for processing the pro-form of IL-1 beta to the bioactive form of this cytokine in the absence of pyroptosis. Our recent studies also examined the role of the pore forming protein Gasdermin-D (GSDMD) in neutrophil IL-1 beta secretion (Nature Communications 2020), whereas IL-1 alpha is primarily secreted in exosomes (Cell Reports 2021). We are currently finalizing a paper on the role of GSDMD and GSDME in IL-1 beta processing and secretion by neutrophils infected with P. aeruginosa and have identified roles for specific type III secretion in selective activation of inflammasomes.

Dr. Pearlman has trained 19 post-doctoral fellows (14 in the last ten years), and 9 graduate students. Two of his graduate students and one of post-docs received NIH Ruth L. Kirchstein fellowships (F30, F31, or F32), and his first graduate student at UCI , Bridget Ratitong, received 1 year of T32 Immunology training grant support, and in the last year was awarded an NRSA F31. Dr. Pearlman’s second student at UCI, Priscila Rodriguez, is a URM Hispanic student, who is also a US Army veteran. Karl Liboro joined the Pearlman lab in July 2021 and has been working on Gasdermin proteins in microbial disease, Karl already received a Microbiology training grant slot.