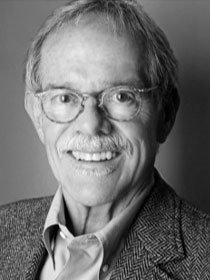 My research interests include Lyme disease, relapsing fever, and Peromyscus (deermouse) biology and genetics. Selected contributions to science: (1) Co-discovery of the cause of Lyme disease, the earliest isolation of the agent in the laboratory, development of first assays for specific diagnosis, and first cloning of genes from the pathogen. The ability to isolate the organism in pure culture quickly led to other advances, including the first immunoassays for Lyme disease, the development of specific monoclonal antibodies, and early genetic characterization of the agent. (2) First descriptions and characterizations of unique genetic features of Borreliaceae species, including a largely linear genome of chromosome and several plasmids. Demonstration of the unique ends of the linear replicons. Documentation of the location of the genes for important surface proteins on linear plasmids. (3) Elucidation of the molecular mechanisms of antigenic variation in relapsing fever. The phenomenon of multi-phasic antigenic variation during relapsing fever had been recognized since the first decades of the twentieth century. My laboratory and colleagues first identified the surface proteins that change, the nature of the genetic switch that leads to the expression of a new surface protein, the other ways that the relapsing fever Borrelia species produce variation, and the genetic program that largely accounts for the rough ordering of the variants that appear during the course of infection. (4) Population genetics and evolution of Borreliaceae species. My laboratory first identified differences between strains, including those of Europe, which would eventually be designated as separate species (including Borreliella afzelii and B. garinii). Later, we were among the first to develop strain typing procedures based on DNA sequences. Our experience with phylogenetics was applied to the characterization and genome sequencing of a new Borrelia species, B. miyamotoi, that is found in the same ticks that transmit Lyme disease agents. (5) Biology, genomics, and transcriptomics of Peromyscus leucopus, the natural reservoir in eastern and central North America of the agents of Lyme disease, babesiosis, anaplasmosis, hard tick-borne relapsing fever, and Powassan virus encephalitis.

In collaboration with Donald Forthal, I am also examining the natural history and immune response following infection of Peromyscus with COVID-19 (SARS-Cov-2).