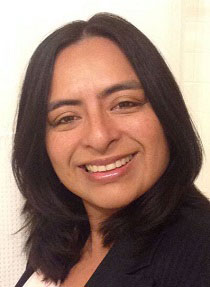 Toxoplasmosis of the central nervous system can have potentially devastating long term effects. It is caused by Toxoplasma gondii and it is the second leading cause of hospitalizations (8%) and deaths (24%) among food borne pathogens in the US. Unfortunately, current available drugs have significant toxicity and have no effect over the bradyzoite/latent form while the impending threat of emergence of resistance to these drugs makes the discovery of new therapeutic targets a priority.

We’ve recently demonstrated that auranofin has in vitro activity against T.gondii and induces accumulation of reactive oxygen species in infected host cells while in vivo, it prevents death in 100% of chicken embryos (acute toxoplasmosis model) and modulates the host immune response preventing an overwhelming inflammatory reaction (PLoS Negl Trop Dis. 2014 Jul 31;8(7):e2973 PIMD: 25079790). Auranofin’s likely target is the thiol-dependent anti-oxidant system as we demonstrated on Entamoeba histolytica (thioredoxin reductase) (Nat Med. 2012May 20. PIMD: 22610278), and on other parasites of public health importance such as Leishmania infantum (trypanothione reductase), and Schistosoma mansoni (glutathione-thioredoxin reductase).

The overall goal in the Andrade laboratory is directed towards elucidating the roles of the thiol-dependent antioxidant systems in T.gondii biology which are largely unknown. The central hypothesis is that T.gondii thiol-dependent antioxidant systems are essential for T.gondii biology, and are a viable drug target. Using in vitro and in vivo models (mouse and chicken embryo), three broad aims are: i) determine that T.gondii thiol-dependent anti-oxidant enzymes are auranofin targets; ii) evaluate auranofin activity in vivo in standard mouse models of acute and chronic toxoplasmosis iii) evaluate the effect of auranofin on the host immune response given that it has an impressive effect on parasite clearance and decreasing host tissue inflammation in vivo chicken embryo model of acute toxoplasmosis.

This project has the potential of identifying a new anti-parasitic drug target, T.gondii thiol-dependent antioxidant systems, that can be exploited in drug development for the treatment of toxoplasma infection. Repurposing of a FDA-approved drug (auranofin) with a proven safety profile can dramatically accelerate the time to clinical trials.